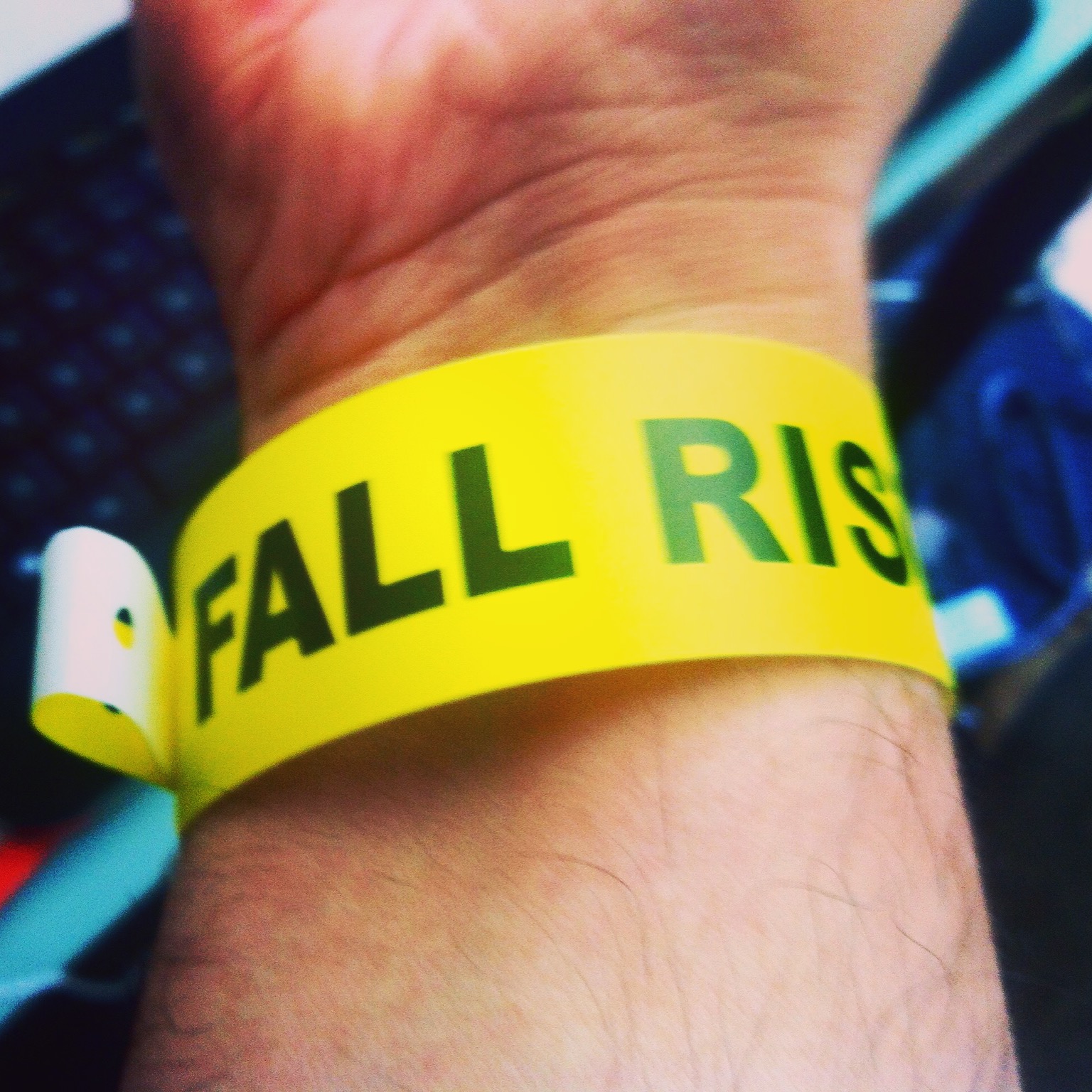 One year ago today, on July 12, 2015 I was walking home on a sunny Sunday afternoon after brunch and shopping with a friend. Apparently, as I was crossing the street in front of my building I was struck by a restaurant delivery guy on a motorized bike. I say apparently because I have no memory of the incident or the nine days that followed. I had severe head trauma and woke up in the ICU with a fractured skull, bleeding in the brain, a severe concussion, etc.

What followed was months of recovery and doctors appointments. I kept saying that I'm already an evolved person and didn't need to get run over in the street to have some epiphany about life. I'd already survived a bout with Lymphoma years earlier and live with Type 2 Diabetes. I give back. I volunteer. Go run over the guy who hasn't already overcome adversity and evolved.

As I look back at the past year, I don't focus on the bad stuff like the pain, the dizzy spells, the brain blips, the loss of stamina that I initially had to deal with. I remember instead the funny things that that happened and the love and support that I got from friends and loved ones. The love and support were overwhelming and make me feel so fortunate and very loved, which is truly a gift. But it's the things that make me laugh, those things that you can't makeup that i really cherish.

The Year of Sniffing Dangerously 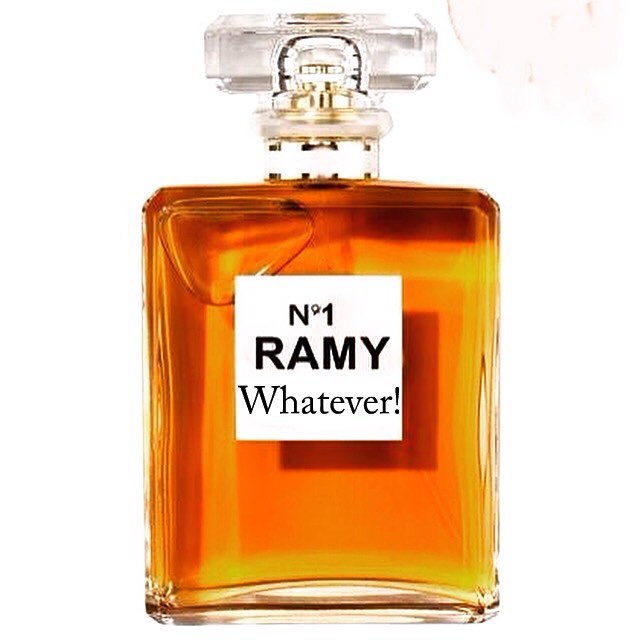 After I finally woke up in the ICU in a private room the hospital moved me out of the ICU to a regular hospital room with a roommate. The nurse came to give my roommate a sponge bath which got me thinking, "It's been ten days since the accident and ten days since I've showered!" Horrified at the realization that this was the longest period of time I've ever gone without a shower in my life, I kept sniffing myself.

To my amazement, I didn't smell bad at all. 'My deodorant is AMAZING!" I thought, "I'm going to write Degree a letter when I get home!! How can I smell so fresh after ten days without a shower?!" When I requested a shower anyway no one argued with me and the nurse's assistant walked me to the shower room. "I'll just be a minute" I said to the grandmotherly nurse's aide. "Oh no, honey, I have to come in with you" Cut to a scene from "Orange is the new black" All I could think was that the hospital would never send a female patient into the shower room with a male attendant, so why is it okay to send me to shower with a female attendant?

Regardless, I went into survival mode, realizing that I need to shower and they could send in staffers of both genders and I'm just going to muscle through and have my shower. When I was finally released from the hospital my good friend Rhoda had her cooking class prepare a weeks worth of meals for me, which was a tremendous help and very touching. As I opened each casserole I'd sniff it and discovered that I couldn't smell anything.  I checked the cat litter box. Nothing. I sprayed my favorite scent, Creed's Green Irish Tweed. Nothing. It turns out I severed my olfactory nerve in the accident and lost my sense of smell and taste. Now one year later, I'm nearly fully recovered in many ways but my smell and taste have not returned. Doctors don't know if it will or not. Only time will tell. I'm considering launching my first fragrance and naming it "Whatever".

The other funny thing that occurred happened about one week after I got home from the hospital. My dear friend Andrea stopped by to visit and brought me Matzoh ball soup (AKA Jewish Penicillin). As we sat down to lunch I suddenly burst into uncontrollable tears. I was mortified and said that I don't know why I'm crying. Maybe it was because of my head injury? Poor Andrea was visibly shaken and all I could say through my tears was, "It's just so nice of you to bring me soup!" Later that same day, my friend Glenn suggested meeting across the street from my building for dinner. Wanting to get out of the house, I agreed. In middle of dinner as I was telling Glenn about the accident, I again burst into tears like a five year old, right in middle of the restaurant. I apologized profusely and said, "I don't know why I'm crying! This isn't me!"   Poor Glenn got so upset at the sight of me crying that he started crying too!

The very next day I saw my Neurologist for the very first time. One of the questions on the patient form was "Have you been crying uncontrollably?" I checked it twice. After all the cognitive tests and balance tests I finally sat down with the doctor and asked why was I crying? He said it was a side effect of the Kepra, an anti-seisure medication that the hospital prescribed for me which is the protocol when you've had a head injury. I pulled out the bottle which I'd brought with me and showed it to the doctor. "Who the hell prescribed this for you?" he asked. "Why?" "It's triple the dose it should be for someone your size" "Really?" I asked ""Yes, I'm surprised you're not crying right now!" He then gave me a prescription for a more appropriate dosage and weaned me off of it. 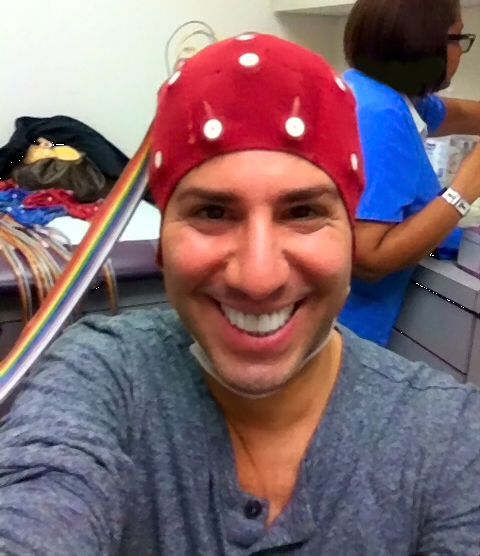 A Rose by Any Other Name

Many months after the accident, life was more or less back to normal. I was back at work doing eyebrows and makeup and running Ramy Cosmetics, the worst of the injuries were behind me and I tiptoed back into the dating pool. I started dating someone and we were seeing alot of each other, getting together several times every week. After about two months we were out to dinner and just making conversation I asked, "Do people ever call you Tom or is it always Thomas?" to which he replied, "My name is Martin"

Once I stopped laughing, I pulled out my phone and opened my address book and showed him that I had his last name and phone number correct, but for some reason I entered the name Thomas as his first name. Every time he texted me it came from Thomas. Regardless, I ran back to the Neurologist and had a brain scan. The doctor came into the room after the scan was completed and said, "Your brain is perfectly normal" I replied, "Are you sure this thing is on?"

As it turned out, it was just an isolated incident and an incident that you couldn't make up! 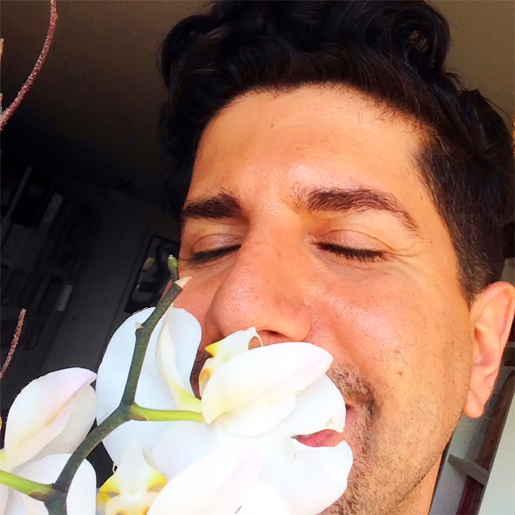 So today, one year after this terrible accident I simply count my blessings that I'm still standing, I'm in good health. I can add this to the list of things I have survived and I know how much I love and am loved. My new motto is, "As long as I'm here to complain about it, I'm doing OK!"

Products In This Article

Get the latest updates on new products and upcoming sales